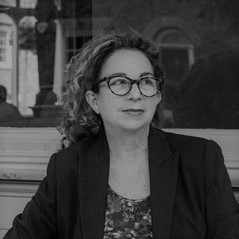 Monique Roffey is an award-winning Trinidadian born British writer of novels, essays, literary journalism and a memoir. Her most recent novel, The Mermaid of Black Conch, won the Costa Book of the Year Award, 2020 and was nominated for eight other literary awards; it was a finalist for the Goldsmiths Prize, 2020, the Rathbones/Folio Award 2021 and the Republic of Consciousness Award 2021. Her other Caribbean novels, The White Woman on the Green Bicycle and House of Ashes have also been nominated for major awards (Costa, Orange, Encore etc). Archipelago won the OCM Bocas Award for Caribbean Literature in 2013. Her work has been translated into many languages and adapted for screen. She is a co-founder of Writers Rebel within Extinction Rebellion. She also is a Professor at Manchester Metropolitan University.