THE HOME OF CREATIVE WRITING 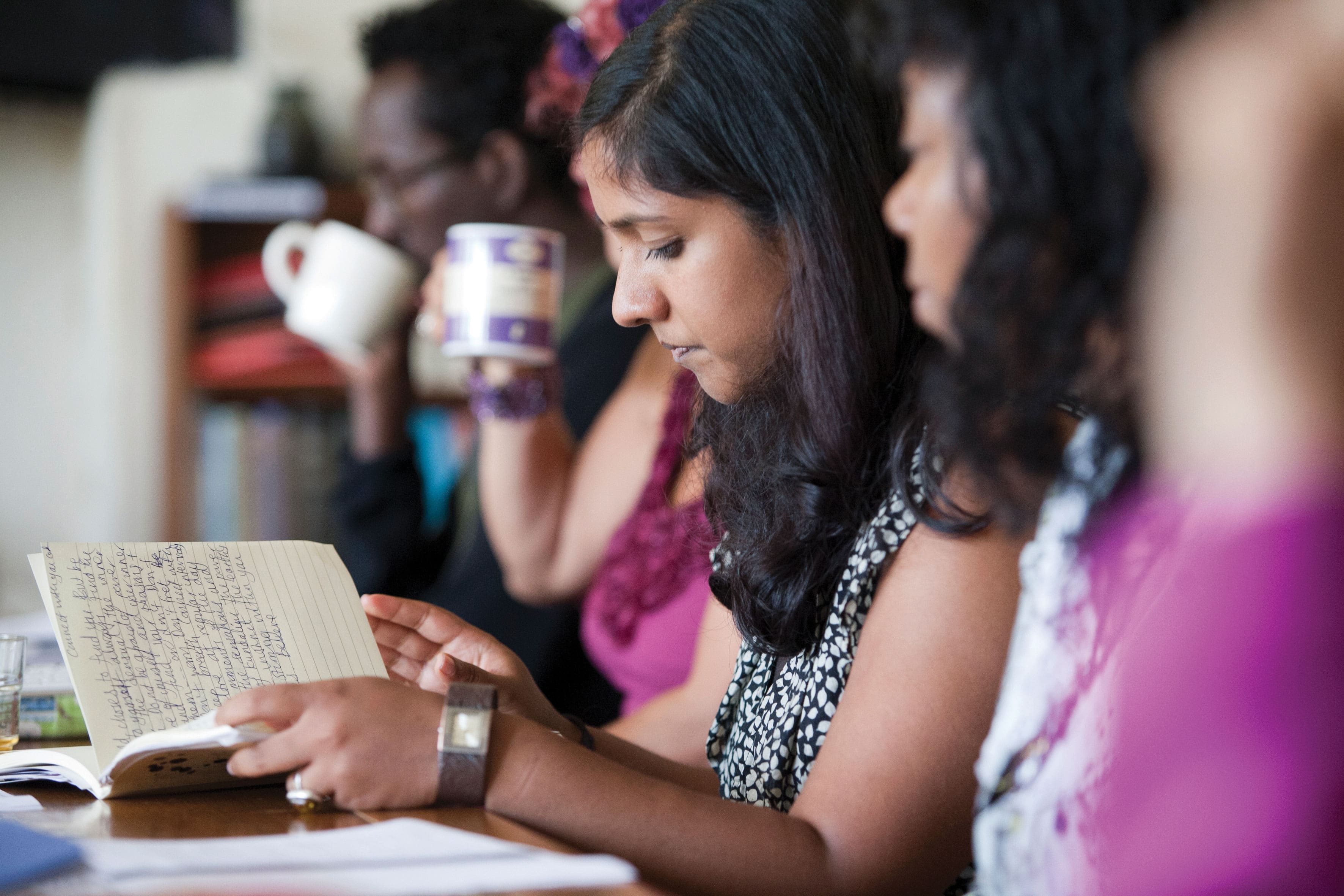 Something magical happens at an Arvon writers’ house. You arrive, perhaps feeling a little shy, uncertain and hopeful. You leave amazed at the progress you have made, encouraged by a sense of fellowship, a shot of inspiration and the determination to keep writing.

For over fifty years Arvon has been the UK’s home of creative writing. We have three centres, in Devon, Shropshire and Yorkshire. Our residential courses and retreats, led by highly acclaimed writers, span poetry to playwriting, song to screenplay, fact to fiction, starting to finishing – and we offer grants to help with course fees for those who need it. Generations of writers have been inspired by their experience at Arvon. Each year, over 40 of our courses are with vulnerable groups and schools, from young people who have experienced bullying to adults recovering from an addiction. We also work closely with teachers to support their professional development. To ensure our doors stay open to all, we rely on donations from charitable trusts and individuals.

We offer a home for creative writing, where anyone, regardless of writing experience, can step away from their normal routine, immerse themselves in the creative process, be inspired by experienced writers and release their imaginative potential.

The Arvon method has hit on the precise formula, the perfect ‘Open Sesame’ needed to crack the shell.. and release the ..hidden creative energy.

At Arvon, everyone who crosses the door of one of our writing houses is a writer – no matter what their age or writing experience – and all are welcome. Thanks to the support of Arts Council England and generous donors, we’re able to offer grants to cover some or all of the course fee. Find out how to apply here.

There are plenty of newcomers on the scene offering short courses for writers but Arvon remains in a class of its own. An Arvon course can change your life. It’s as simple as that.

We believe creative writing can change lives for the better. Creative writing allows us to harness our imagination and find our voice. It creates new possibilities, new ideas, new futures. It unlocks our potential, our empathy and our hope. And we’re keen to share this opportunity for transformation with as many people as possible.

INCLUSIVE: Everyone is creative. We make spaces that are open to all, where anyone, regardless of writing experience, feels welcome and included as part of a community of writers.

INSPIRING: Step away from the routine, be inspired by writers and our beautiful places and release your imaginative potential. Arvon is a place for contemplation, challenge and going beyond what you thought you were capable of achieving.

SUPPORTIVE: Creative writing is a craft that can be learnt, through guidance from experts, and through the peer support that comes from creative friendships with fellow writers. At Arvon, writers teach writers, and everyone encourages each other to become a better writer.

TRANSFORMATIVE: Immersing yourself in creative writing nourishes the imagination, can deepen the connection to self and to the world, and can lead to dramatic change and progress.

Arvon was founded in 1968 by two poets, John Moat and John Fairfax, with the original aim of providing time and space away from school for young people to write poetry.

The first residential course was run in a community centre in Devon, for a group of 16-18 year olds from a range of Devon schools. Totleigh Barton in Devon became Arvon’s first centre in 1972.

In 1975 Arvon began running courses at Lumb Bank near Hebden Bridge, Yorkshire. This was the former home of Ted Hughes. Ted Hughes was a guest on this first course, and played an important role in the subsequent growth of Arvon into a national creative writing organisation. In 1980, in order to raise funds for Arvon he established the Arvon International Poetry Competition. That year his fellow judges were Charles Causley, Philip Larkin and Seamus Heaney. The competition featured on the South Bank Show and received over 36,000 entries. It was won by future poet-laureate Andrew Motion.

From the outset it was the founders of Arvon’s belief that an Arvon Centre was a ‘Freehouse of the Imagination’, and as such didn’t belong to, but was owned by anyone and everyone who opened themselves to being part of its life.

In 1999, with the help of an Arts Council grant, Arvon acquired The Hurst, the former home of playwright John Osborne, in Shropshire. Arvon also ran courses between 1993 and 2014 at Moniack Mhor near Inverness, Scotland.